Norway without an authorized government

What about the delimitation treaty with Russia?

On September 15, 2010 the Russian and the Norwegian Governments apparently settled a 40 year old “border” dispute (the link to www.barentsobserver.com is broken). This week – numerous Russian newspapers blames the former Russian President Dmitry Medvedev for having given away some 1.9 billion barrels of oil to Norway. My question is: Who, or more precisely; what did the Russians actually negotiate with? Followed by the question: Is the treaty valid?

Who did the Russians negotiate with?
2 ½ years later – this week – numerous Russian newspapers, according to the BarentsObserver (the link to www.barentsobserver.com is broken), blames the former Russian President Dmitry Medvedev for having handed over some 1.9 billion barrels of oil, or an estimated profit of some $ 30 billion, to the Norwegian Government. That might be so, but there is a twist here.

Even though I am confident that the “agreement” must have been settled through foul play (knowing how the members of the Norwegian One-Party-Government works, anything else would be a great surprise), my interest to this matter – for now – is of purely academic nature, and my cardinal question is:

Who did the Russians actually negotiate with?
Most of those who know something about this “deal”, including former Russian President Medvedev and his foreign minister, Mr. Sergey Lavrov, would guess; Mr. Jens Stoltenberg and Mr. Jonas Gahr Støre, both inner circle puppets and chief members of what I have dubbed the Utøya-gangsters (aka the ONE-party, the Oligarchs, the Family, the Despots or the Social Commucrats). In theory this is rather correct, but in reality it’s not. I will elaborate this below.

Although many of you won’t like this, or by instinct will refuse to believe it, I encourage you to continue reading.

Most Norwegian senior civil servants are not authorized
The thing is that most top positions in Norwegian central administration – including those in the courts, directorates and all the way up to the cabinet – are not occupied by authorized personnel.

To be more precise; most judges, senior civil servants and cabinet ministers have not taken the oath in accordance with the Norwegian Constitution Article 21, which reads:

“The King shall choose and appoint, after consultation with his Council of State, all senior civil, ecclesiastical and military officials. Before the appointment is made, such officials shall swear or, if by law exempted from taking the oath, solemnly declare obedience and allegiance to the Constitution and the King, although senior officials who are not Norwegian nationals may by law be exempted from this duty. The Royal Princes must not hold senior civil offices.”

Consequences of lack of authorization
The constitutional provision clearly states that the oath must be taken “before” the appointment, and not at any time after. In my article; “The Government issues forged commissions” (only in Norwegian), I have thoroughly pinpointed and discussed the problem. My conclusion is based upon facts and solid undisputable judicial theory, and here it is, my conclusion, that is:

If a cabinet minister or any other senior civil servant (including judges) – of which authorization rests upon a Constitutional oath – has not taken the oath at all, or has taken the oath at any time after being appointed, the appointment by the King is null and void. There is no way around this.

One further problem which it seems that the King cares very little about, is the fact that he is not – according to the above mentioned provision – mandated to appoint anyone before the oath has been presented on the table before him. As the King has failed on this point, most of the appointments during his more than 20 year in reign, suffer from a constitutional defect which actually is quite irreparable.

Another question of some interest is; what about senior civil servants who has been appointed by the King in the past, to a different position? Would this individual’s previous oath be in force even if he/she leaves office and years later returns to a different position which requires an oath in accordance with the Norwegian Constitution Article 21?

Well, first of all remember that if this person has taken the previous oath after being appointed, the oath is null and void, and the case is closed. Secondly, the said provision in the Norwegian Constitution leaves us with no reason to misinterpret it. It clearly states that any individual appointment will have to be joined by an oath, for that particular appointment. Article 21 reads: “…shall swear…” A previous appointment is irrelevant to the present appointment, hence a previously taken oath covers the previous position/office, not the new position.

Early in 2008 I discovered that hardly any judges had taken the judicial oath, and that most judges who had taken the Constitutional oath (which weren’t that many), had done so months or even years after taking office. In other words most judges in Norway are actually not authorized to hold office.

Due to my discovery of this disastrous executive problem, and my mission to educate the masses – which in early 2012 caused ordinary suffering citizens (who in a steady increasing number had gathered around this problem through facebook) to follow up with different approaches towards the Government and the Parliament – the Government reacted irrationally by forcing all judges in question to sign a judicial oath, an illegal and unprecedented activity of which the Government conveniently referred to as merely; renewing of oaths. Some judges who for many years explicitly had refused to take this oath, which is quite extraordinary and Norwegian, gave in when the order came. Only a few of the judges refused to “renew” their oaths, but I believe the Government was nevertheless quite satisfied with this stunt.

By the action itself, the Government admitted that the judicial oath – a prerequisite to hold office – was essential to the judges’ authorization. The solution though is both desperate and illegal. By the way; there was nothing to renew, as there were no documents that were even close to indicate that these persons previously had taken their judicial oath in accordance with law, or had taken it at all. In fact these judges were blatantly forced to sign an oath 10 or even 20 years after taking office, and as you all know (or at least; have to agree to), an oath can not be forced upon anyone. By definition an oath is taken voluntarily. Hence these forced oaths are null and void, as is the signator’s position/office. The Governmental “Operation Oath” in itself, verify my findings and conclusion, and not at least – the Government’s unsolvable problem.

Anyhow, when I started investigating this matter early in 2008, both oaths – the judicial as well as the constitutional – were exempted from public disclosure. In other words, the Government held their miserable cards tight. Due to people’s activities against the Government in early 2012, the Government were finally forced to turn around on this issue. Consequently the Government published all constitutional oaths taken (which actually are not that many at all) so that anyone could go in and check whether any given civil servant actually has taken his/her oath.

This means that neither of the above mentioned “cabinet ministers” had taken the Constitutional oath prior to the King’s appointments on October 17, 2005, and on September 21, 2009 (Mrs. Berg-Hansen). Their positions as cabinet ministers are hence null and void, and any acts exercised by these persons as cabinet ministers or as representatives of Norway are unauthorized and shall thus be deemed null and void, including the negotiations and signing of the above mentioned agreement with the Russian Federation.

So the answer to my preliminary question (above) is: No one.

And finally I presume some of you would ask: What about the ratification by the Norwegian Parliament? Well, as the Parliament assessed the proposal for a treaty under false pretences, I can see no reason for regarding this agreement to have been duly ratified. After all, according to the Norwegian Constitution Article 76, the Parliament can only assess internal propositions or propositions from a legally appointed Government, which is not the fact in this matter. So the answer to this question is that the ratification is null and void. 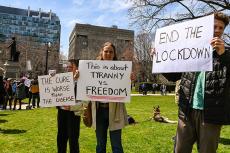 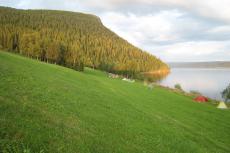 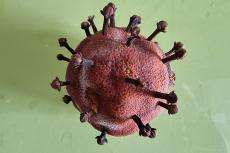 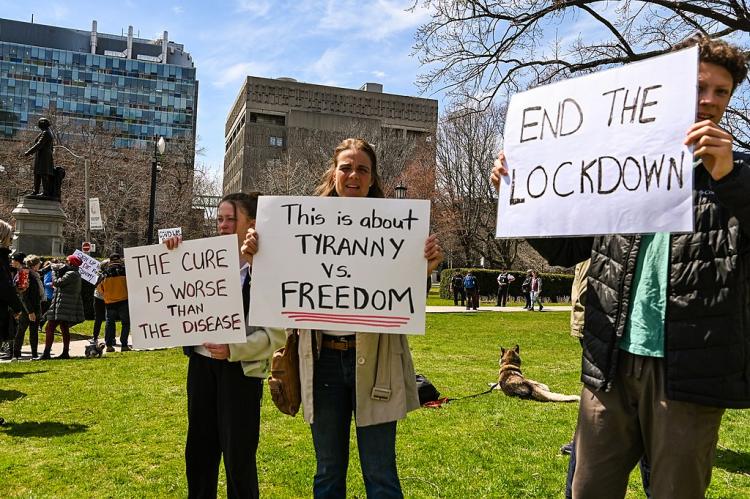 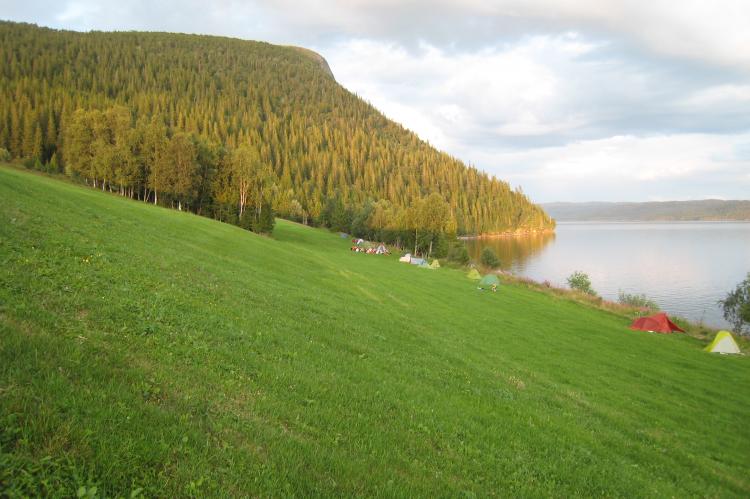 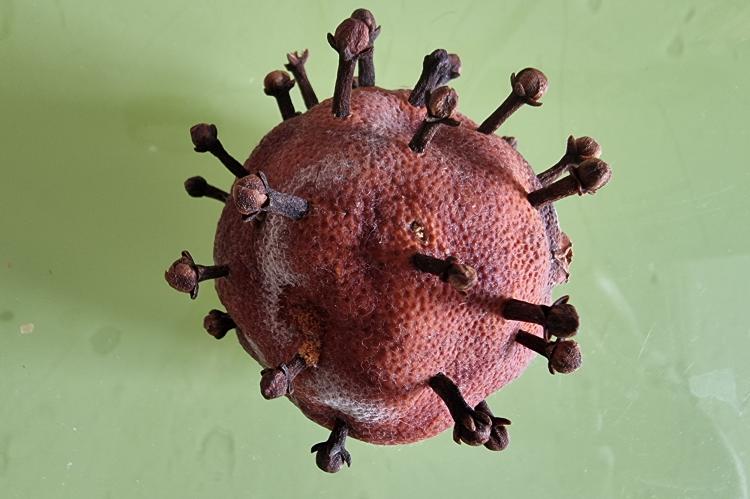